Now the weather’s turned Autumnal, it’s a lot harder to get out and about, and more importantly more difficult to have opportunities to take decent photos.  With my phone, and even my camera, the light in the house isn’t good enough when we’re home in mornings and evenings, and I’m sure the faded orange upholstery doesn’t help with background colour composition.  So I don’t remember to take photos, or if I do, they’re not up to much.

Of course, today’s Trendy Tuesday, and I should be sharing what N’s been wearing.  I forgot to take a photo this morning (because as per usual, N was faffing because he wanted to have some food before going to nursery to have breakfast, then moaned because I wouldn’t let him watch Peter Rabbit as we were about to leave the house), so by the time we were home after nursery he was too fired up for a decent photo.  Blurry shots only!

Having said that, he wasn’t in the most flattering of outfits today anyway.  Generally for winter at nursery, unless he’s in jeans, I know he’s going to be getting mucky when they go outside, so it’s any pair of trousers that will stand up to the mud and rain that gets pulled out of the wardrobe.  Jumpers-wise, I tend to stay quite basic, although I’ve realised there were a couple that he’s grown out of.  I might get him a nursery school jumper and hopefully that would see him through a couple of days a week while he’s there.

What I do need to get organised about is winter hats for him.  His nursery bag still has his summer hat in, so I need to track down what safe place I put his 3 hats in from last year.  I haven’t come across them yet in my sorting through clothes, so no idea where they are.  As last year’s hats were age 3-5, they should still fit, but in case I can’t locate them, I’ve been on the trail for another hat.  Really we need two, one for the nursery bag so it can cover the two nurseries, and one for home.

When I asked Twitter, Next came out top for some good ideas with this cool trapper’s hat being suggested by Knitty Mummy.

I’m not sure this would be practical on the farm – looks far too good – plus if I need 2, it’s easier and cheaper to opt for stretchy woolly beanie hat styles which will likely stay on better and be cheaper.

I’d not yet spotted any in the supermarkets, and the rain at lunchtime prevented me trekking all the way to the shopping centre.  Mothercare stopped me as it was nearer, and I got this muted stripy one instead.  Very N, and not too bright to embarrass his father (like the cool red bobble hat with car patterns I got him last year…really wonder where that’s gone!).  Although I really liked this car hat and gloves set, but it looked like the age 3-5 was way too small, but the age 6-9 looked ginormous. 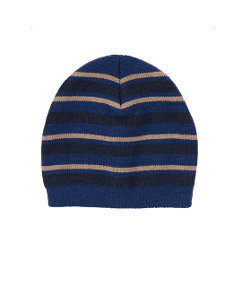 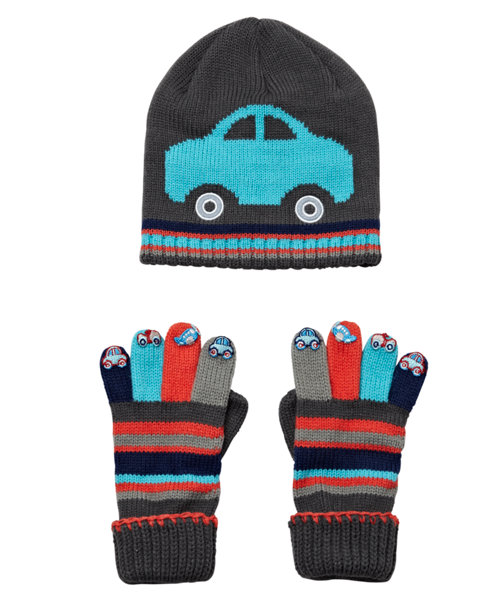 He’s now hat ready, and hopefully the old ones will turn up now I’ve bought a new one.

So today (sans hat and moving round too fast for photos!), N was wearing:

If you’ve got a trendy toddler (or child, no requirements for it to be a toddler), and what to share what they’ve been wearing, or just check out what others have been linking up, then check out the below button to find out more.

Posted By: Emma · In: Lifestyle, Linkies

SUNNY DAYS and happy flowers. The marigolds are st

SLOES There's not many blackberries this year roun

BUNTING One of the limited productive things I hav

WALK one boy and a dog over the hill. I'm astounde

HEDGEROWS while it's harvest it means its my turn