Well, no posts recently due to having a 24 hour bug, and now having a horrible cold.  Plus the OH’s now ill so I’m sorting out N all day with no time to spare.  But, saw this listography and thought it’s perfect to catch up on as crikey, did I have a lot of teenage crushes.

So here are my top 5 teenage crushes (in no particular order):

1, Tom Cruise.  Well, obviously down to Top Gun, although I was a fan of Far & Away (not his attempted irish accent though).  I think a lot of girls fancied him, and quite a few of his films over the years were some I really enjoyed.  Although now, he’s spookily not very different in looks despite it being about 15-20 years later…my tastes have changed.

2, Michael J Fox.  I loved Back to the Future and just thought he was really cute.  He had that little boy look (even though he was years older than me at the time)

3, Fred Savage.  Who? I hear you ask.  He was in The Wonder Years which was a really sweet family teenage coming of age show, and a film that escapes me with the guy from Beverly Hills Cop. 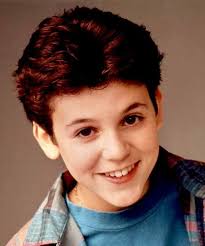 4, Brandon Call from Baywatch.  Ok, so this one’s a little embarrassing but given he was about my age at the time, I suppose it’s not too bad.  Again, a cute guy.  There were numerous posters from Big magazine for these latter two.

5, Stefan Edberg.  What can i say, but I liked tennis players.  I think Stefan was my favourite, but there’ve been quite a few I’ve been partial to through the years. 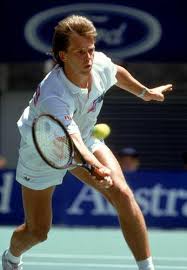 Others who didn’t quite make it onto the list: Patrick Swayze (Dirty Dancing obviously), Paul Mercurio (Strictly Ballroom, I love a man who can dance), Kevin Costner (ok bit strange I admit), Gary Linekar (in his Spurs days). Morten Harket (A-ha), Steve McQueen (bit odd given he was old and dead).